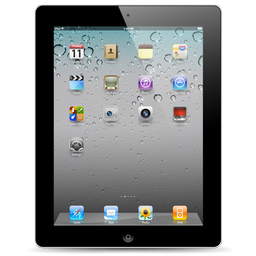 Reading the terms & conditions, I found out it was actually a competition of skill. That’s pretty rare – most of the time they seem to be random draw. Anyway, given they were looking for actual skill & creativity, I decided to give it my best shot. To enter, you had to answer the question: “Tell us in 50 words or less where and why you would most like to do it outside with amaysim MOBILE BROADBAND (be creative, funny or inspirational!).”

After giving it a few minutes thought, I came up with this short rhyme:

I’d do it outside,
With a cultured slide,
Into my favourite chair,
In the open air,
On my laptop,
With a hat on top,
In the shade,
Where the Sun can’t force me to stop,
Broadband In the open air,
Is amazing, It’s Amaysim

Ok, so maybe it’s a little cheesy. But it had to fit in 50 words! Anyway I submitted this entry, with a reasonable degree of hope that I might qualify. At least for one of the minor prizes.

To cut a long story short, I forgot all about this competition, until a few months later I woke up to find an email in my inbox titled “Congratulations – you’re a winner of the amaysim MOBILE BROADBAND competition!” At a first glance it almost looked like just another spam message (I’m constantly getting notifications that I’ve “won” 1 million GBP or something similar). But after reading on, I realised it was completely legit – I had indeed won an iPad.

After getting in contact with Amaysim to confirm my address, the device (iPad 2, 16GB Wifi+3G) was shipped & arrived last week. I haven’t had much opportunity to use it so far, with exams & travel commitments, but hope to use it a bit this coming week.

It’s going to be really interesting for me as an Android developer, to be able to try out the Apple side of things. I’ve never owned an iPod, iPhone, iMac or iAnything, so the experience will be completely new.  Over the coming week I’ll give it a go though, and hopefully will be able to share my first impressions as an Android developer in the Apple world. Should be very interesting 🙂

A bit about Amaysim:
For the record, I’ve been super-happy with Amaysim, they’re very honest about pricing and have the cheapest mobile broadband I’ve found anywhere. I’d highly recommend checking them out if you live in Australia. They’re like the exact opposite of dealing with Telstra, and have local call centres! Any communication I’ve had with them in the past has been prompt & clear, which is more than I can say about most telcos.

If you use my referral link before the 18th of November 2011, you’ll get an extra $10 credit. Which with Amaysim, will go quite a long way.