The report (download pdf) encompasses all the most popular app stores, including Google’s Android Marketplace, Apple’s App Store, and GetJar. This month’s publication begins with an especially noteworthy statement:

Yes, that’s right – Android now has more free applications available than any iOS device, including the iPhone. This is testimony to the number of Android developers opting for the “freemium” or “ad-supported” business models. Apple’s platform still has many more paid apps, which also reflects the (real or perceived) quality gap between the two platforms.

These latest figures are significant for Android developers, for a number of reasons:

Another significant finding from this report concerns the projected growth of the Android Marketplace. According to the Distimo report, Google’s Android Marketplace will have matched the number of apps available for the iPhone before the end of July 2011. 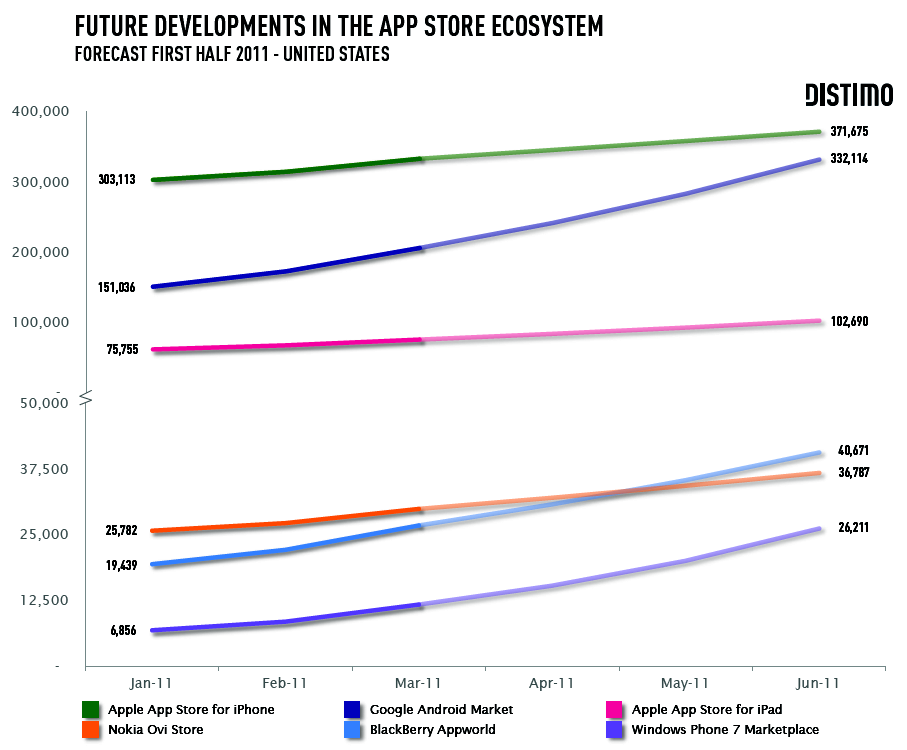 Android growth continues to exceed predictions on nearly all accounts, so there’s little reason to doubt Distimo’s projections in this case. While an increase in the number of Android Apps available means more competition for developers, it also indicates an increased adoption of the platform as a whole – meaning more consumers, and more potential users of your app. Ultimately, the increasing popularity of Android can only be a good thing for developers. Just keep the bar high, publish a good quality app with a pleasing user interface, and the potential for growth increases every day.