As you may have noticed, the website was down for about 24 hours earlier this week. This is because some lovely person decided it would be fun to hack the site. So What Actually Happened? On Tuesday morning I woke up to find the homepage for the Blog, Forums and Gigs website replaced by a … Read more 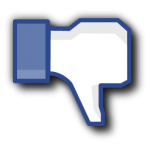 During development, it is often useful to be able to test the Android Market from a device other than your own. However, by default the Android emulator doesn’t include the Android Market – nor offer an easy method of installing it. This tutorial will show you how to setup an Android Virtual Device (AVD) running … Read more