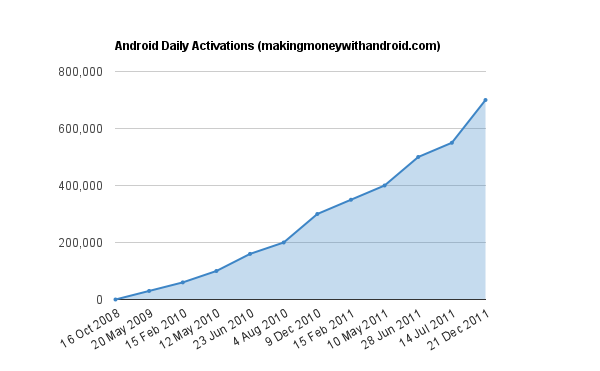 Marcelo Camelo puts it well, when he compares these figures with projected Windows Phone sales:

So if you’re an Android developer, you’re serving a customer base that grows by nearly 5 million people per week, and over 20 million people monthly. That’s pretty incredible.