Android developers – if you haven’t checked your developer console in a while, I recommend you log in and try out these new features right now. They’re a vast improvement on what was previously available. There’s even an “Export to CSV” option available, so you can export the data to Excel (or Google Docs) and analyse it yourself. 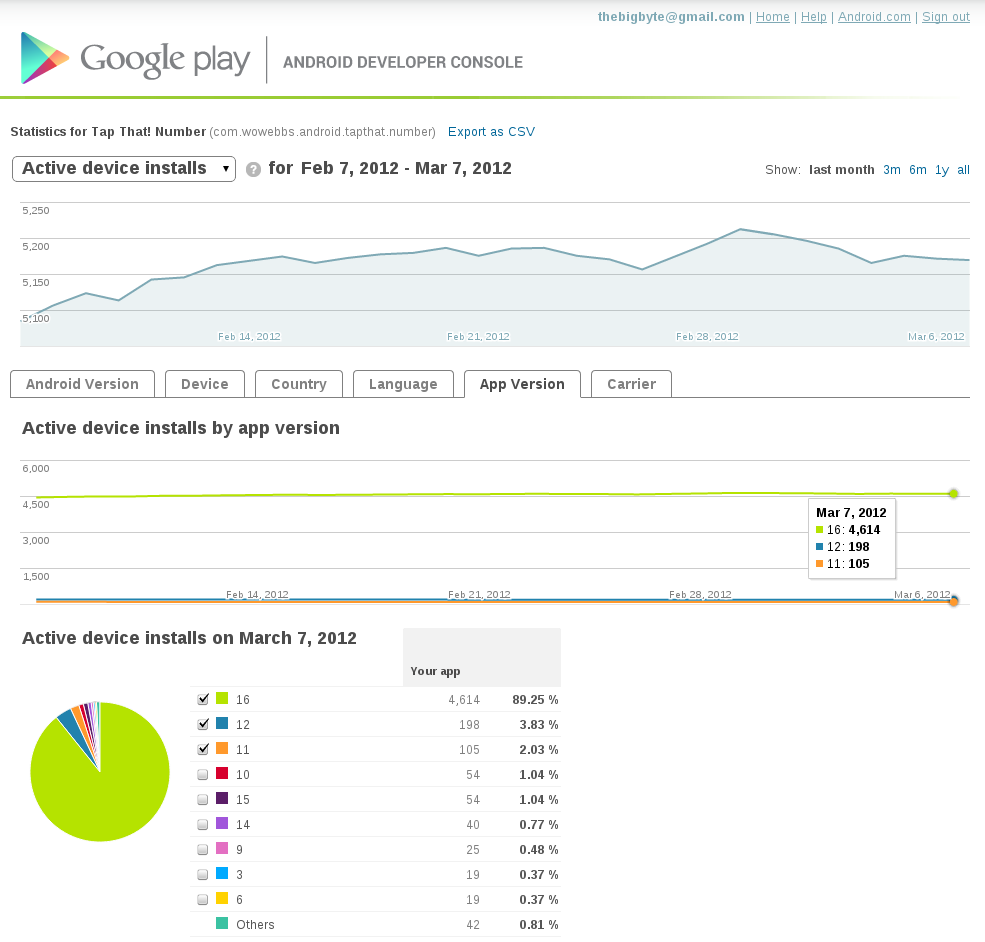